I remember back when I used to wish I’d one day get to visit Las Vegas, just to see it (mainly because of Fear and Loathing in Las Vegas). I was perhaps 22 when I first got to go. Since then, I’ve been back a few times. I know plenty of people who go way more than I do, but I’ve been here a few times. Here are the places I’ve stayed on the Las Vegas strip:

Marriott’s Grand Chateau (not actually on the strip itself, but just set back tiny bit around a corner so we’ll call it close enough to at least be included) 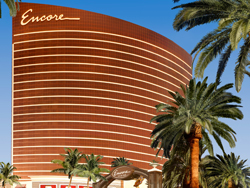 David S. Atkinson enjoys typing about himself in the third person, although he does not generally enjoy speaking in such a fashion. However, he is concerned about the Kierkegaard quote "Once you label me you negate me." He worries that if he attempts to define himself he will, in fact, nullify his existence...
View all posts by David S. Atkinson →
This entry was posted in Uncategorized and tagged bellagio, bellagio las vegas, encore, encore las vegas, fear and loathing in las vegas, flamingo, flamingo las vegas, imperial palace, imperial palace las vegas, las vegas, Las Vegas Strip, luxor, luxor las vegas, Marriott's Grand Chateau, Marriott's Grand Chateau las vegas, Palazzo, Palazzo las vegas, Places I've Stayed On The Las Vegas Strip, strip, vegas, venetian, venetian las vegas, wynn, wynn las vegas. Bookmark the permalink.